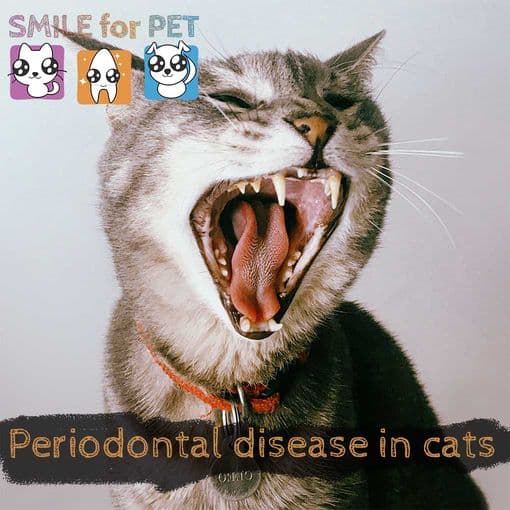 Introduction into periodontal disease in cats

According to statistics, 75% of cats over 6-7 years old suffer from diseases of the teeth and gums. One of these diseases is periodontal disease. In the early stages of periodontal disease in cats does not cause pain and discomfort, so the disease often becomes neglected. In order to prevent its progression, you need to examine the pet’s oral cavity every month.

Periodontitis is one of the elements of the ligamentous apparatus of the teeth. Its function is to protect the enamel from thermal and mechanical damage, inflammation.

The peculiarity of periodontal disease in cats has a slow, chronic course. The development of acute inflammation of the gums, accompanied by the rapid destruction of periodontitis, indicates the presence of another pathology – periodontitis.

Due to similar symptoms, this disease is often confused with periodontal disease.

The cause of the disease is pathogenic microorganisms and organic substances, which, holding together, form dental plaque. Bacteria that multiply in the gum folds produce toxins that increase inflammation, causing redness, swelling, and loosening of the gums.

By exerting a constant effect on the edge of the gums, bacteria prevent the regeneration of damaged tissues. After penetration into the bony area, the teeth begin to decay.

The cause of the disease is pathogenic microorganisms and organic substances, which, holding together, form dental plaque. Bacteria that multiply in the gum folds produce toxins that increase inflammation, causing redness, swelling, and loosening of the gums.

By exerting a constant effect on the edge of the gums, bacteria prevent the regeneration of damaged tissues. After penetration into the bony area, the teeth begin to decay.

Persian cats are especially susceptible to this disease. This is due to the structure of their oral cavity - after eating, food debris lingers on the teeth, as a result of which, over time, tartar forms on their surface.

Other causes of the development of the disease include 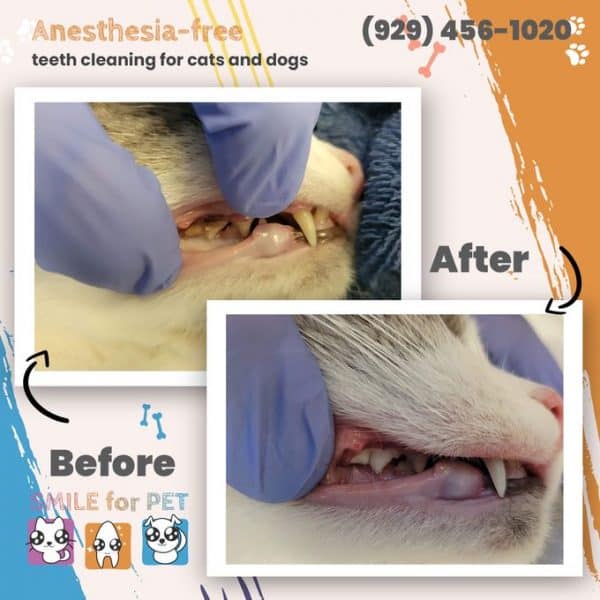 If you see yellow plaque and tartar, you should daily brush with cats’ toothpaste in daily base.  Smile4pet anesthesia- free teeth cleaning is offering regular professional dental hygiene. Most of our lovely kitty patience due once per year. Even once per year is enough to maintain cats’ oral health.

Other symptoms of periodontal disease in Cats

A yellowish «coating» and hard build up are not the only signs of pathology. It can also be identified by the following symptoms:

If you press on the gum of a sick animal, gray pus is released from under it. The teeth can become loose, but due to the long roots, they do not fall out for a long time.

By multiplying, bacteria weaken the immune system, aggravate the course of renal failure and diabetes, and change the composition of the blood.

The infectious process often spreads from the gums and teeth to the larynx, causing the development of laryngitis, pharyngitis.

Seeding with bacteria of the bronchi leads to the formation of broncho-pulmonary pathologies, the development of gastritis, dysbiosis. Due to chronic laryngitis or pharyngitis, the cat has pain when swallowing, it loses its appetite, which causes dehydration and weight loss.

Due to constant discomfort and pain, the once affectionate fluffy pet becomes irritable and aggressive.

Does your pooch’s breath make you say “pee-ew”?
If so, you’re not alone. Dog owners all over the world suffer from the effects
of their four-legged friend’s foul smell. In fact, dog bad breath is so common
that many pet owners believe that’s just how things are supposed to be.

Dog owners, let us tell you: That is NOT how
it’s supposed to be. Bad breath is not only unnatural, but it could indicate a
serious health concern that’s gone undetected.

END_OF_DOCUMENT_TOKEN_TO_BE_REPLACED

Some Breeds Handle Anesthesia Better than Others

END_OF_DOCUMENT_TOKEN_TO_BE_REPLACED

Hygienist treatment is an active system of therapeutic and preventive veterinary dental care for animals, which allows cure not only the disease of the oral cavity but also prevent possible complications to other organs and body systems.
END_OF_DOCUMENT_TOKEN_TO_BE_REPLACED

Why teeth care is important?

Dental disease is more than just a cosmetic issue — when your canine companion or feline friend has red gums, yellow teeth, and stinky breath, it could be a sign of severe oral disease that could, if left untreated, lead to devastating effects on your pet’s quality of life. Neglecting your pet’s teeth and gums can cause chronic pain issues that may even be at the center of some behavioral problems.

The American Veterinary Medical Association (AVMA) reports 80 percent of dogs and 70 percent of cats to have some oral disease by the age of 3.